Girish Gowda, the First Fighter of the Country to Win Silver in the World Championships 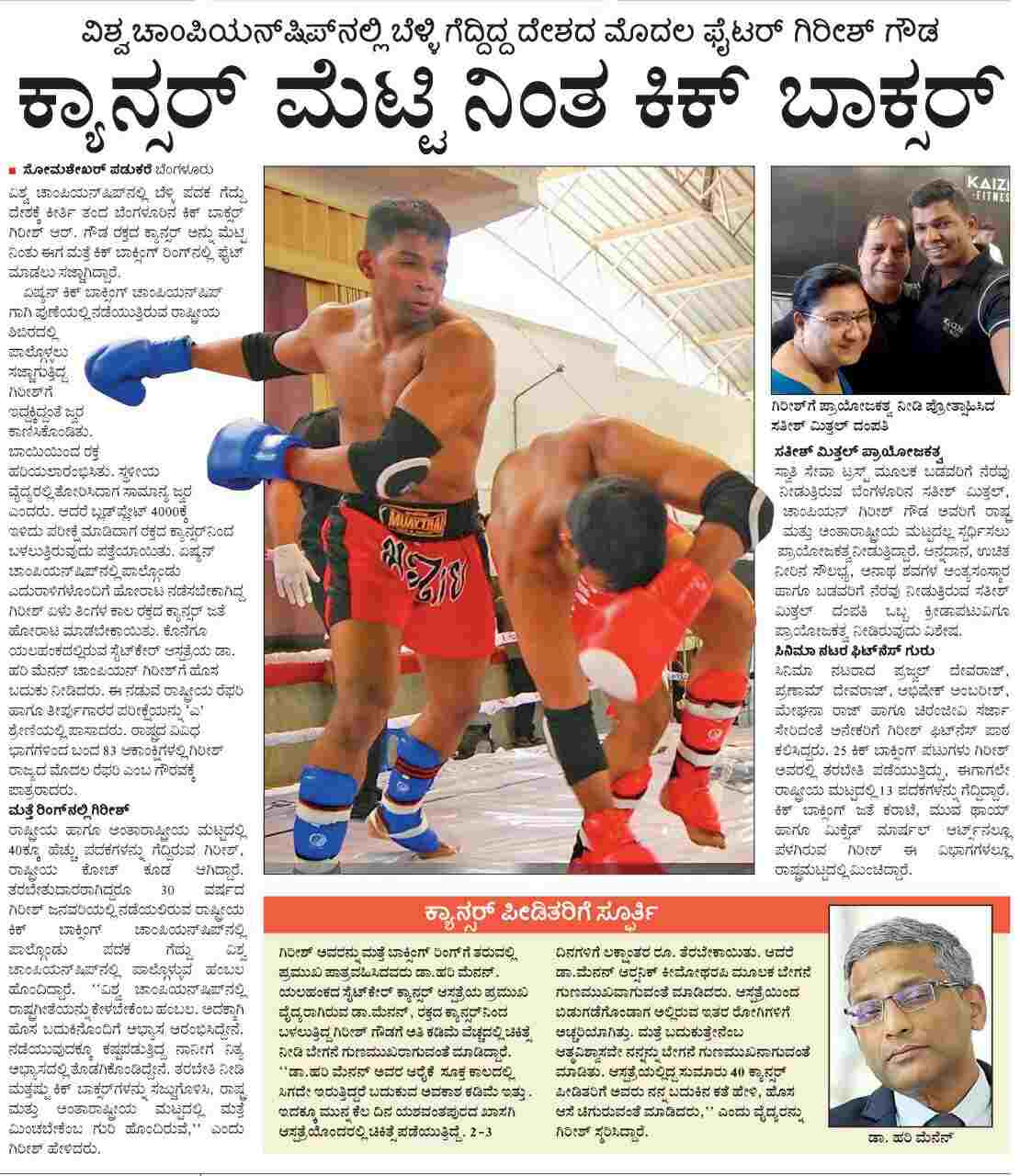 Kickboxer Girish R. Gowda, Bangalore, who won the silver medal at the World Championships, has stepped out of blood cancer and is now ready to fight in the kickboxing ring.

Girish, who was preparing for a national camp in Pune for the Asian kickboxing championship, suddenly developed a fever and blood began to flow from his mouth. He had a regular fever when he visited local physicians. However, blood screening was seen at 4000 and he was diagnosed with blood cancer. Girish had to fight with cancer in the Asian Championship for a period of seven months. Finally, Dr. Sathyakumar’s Hospital at Yelahanka, Dr. Hari Menon, gave champion Girish a new life. Meanwhile, he passed a national referee and jury test at ‘A’ rank. Girish became the first referee of the state in 83 aspirants from various parts of the country.

Girish in the ring again

Girish gave fitness lessons to many, including film actors Prajwal Devaraj, Pranan Devaraj, Abhishek Ambarish, Meghana Raj and Chiranjeevi Sarja. Girish is training 25 men in kickboxing and has already won 13 medals at the national level. Girish, who is also trained in karate, muay thai and mixed martial arts, has been a national star in these categories.

“If Dr. Hari Menon’s care was not available at the right time, there would have been little chance of survival. Earlier this morning, he was being treated at a private hospital in Yeshwantpur and was required to pay millions of rupees for 2-3 days. But Dr. Menon got him healing quickly through chemotherapy. The other patients were surprised when they were released from the hospital. The self-confidence that I would live again got me recovering very quickly. Girish recalled the doctor saying, “I have been living my life for the lives of about 40 cancer patients in the hospital.”

Satish Mittal of Bangalore, who is helping the poor through Swati Seva Trust, sponsors Champion Girish Gowda for representing the country at international level. Satyash Mittal, the sponsor of free water facility, funeral carnivorous funeral and aiding the poor, has also sponsored a sportsman.