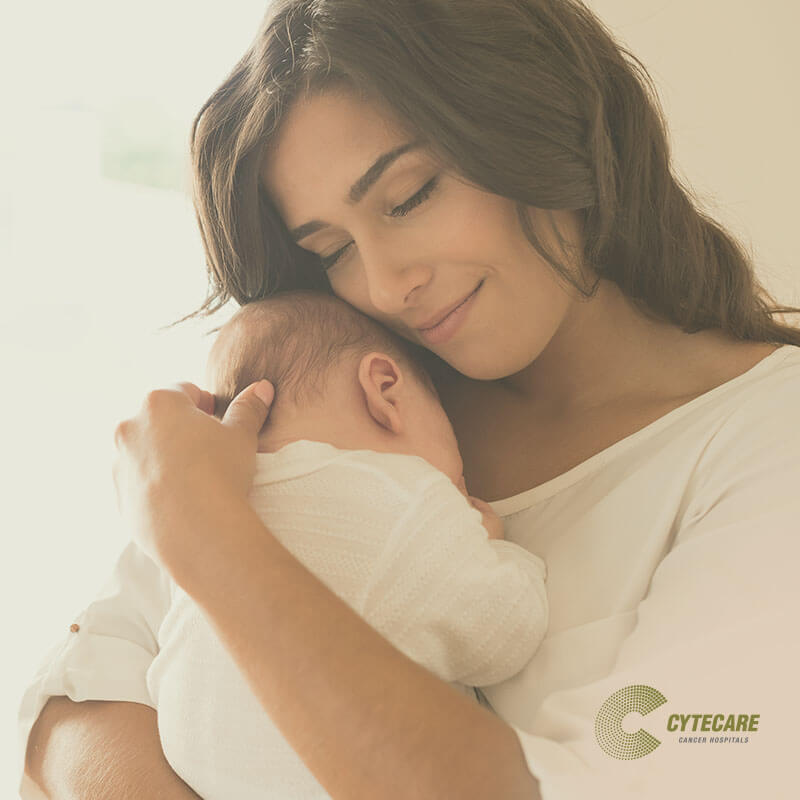 Reproduction is necessary for the survival of species and the essence of human life is childbirth. It is one of the most awaited event in a women’s life and is known to change the lives of families. While motherhood is one of the most affirming experience, it comes with a lot of challenges and compromises by the mother, but till recently, little did we know that this very beauty of nursing the child could have been preventing the women from breast cancer and ovarian cancer.

Yes, you heard it right. Empirical evidence suggests that the act of breastfeeding is inversely associated with breast cancer risk, ovarian cancer and thyroid cancer in women. It’s nature’s way of thanking the mother, a kind of mutual preventive mechanism between the child and the mother.

Breast milk is the natural first food for newborns. It provides all the energy and nutrients that an infant needs for the first six months of life, up to half or more during the second half of infancy and up to one-third during the second year of life. The fact that Breastfeeding is associated with a number of health benefits for infants such as better cognitive development, and boosting of immunity is well known.

A lesser-known fact is the protective role of breastfeeding in reducing the risk of carcinogenesis in women. This association between breastfeeding and cancers in mothers has received increased scrutiny in recent years. There has been significant evidence that indicates that mothers who breastfeed tend to have a lower risk of pre- and post-menopausal breast cancer and the duration of breastfeeding within certain limits is also believed to have an influence on breast cancer risk.

Breastfeeding also accounts for almost two-thirds of this estimated reduction in breast cancer incidence and also provides protection against aggressive types of breast cancer. The exact mechanism by which it prevents cancer is debatable and most of the evidence points to the hormonal changes that take place during and after pregnancy and lactation. After pregnancy, an extended period of breastfeeding contributes to the functional ripening of the mammary glandular tissue making them more resistant to cancer and also helps to remove cells with potential DNA damage.

Another school of thought suggests that suppression of the pituitary gonadotropin levels during pregnancy and lactation significantly reduces the hyperproliferation of cells and decreases the likelihood of spontaneous genetic mutation of cells that could otherwise lead to cancer in future.

The role of Lifestyle changes during breastfeeding and pregnancy such as giving up on smoking and drinking, and eating healthier foods are believed to contribute to improved health and reduced incidence of breast cancer risk.

Despite all the promising facts, it’s equally important to realize that breastfeeding alone won’t guarantee immunity from cancer. Also, the single most important way to reduce cancer risk is to teach a healthy lifestyle because only 5–10 per cent of all cancer cases can be attributed to genetic defects, whereas the remaining 90–95 per cent are caused due to the environment and lifestyle habits.

Although it’s not clear just how much breastfeeding may impact cancer risk, it has many other health advantages for mothers and especially for babies. The American Academy of Pediatrics recommends that women breastfeed each of their children for the first 6 months, and continue it for 1 year or longer as other foods are introduced. The World Health Organization (WHO) too recommends exclusive breastfeeding in the first six months and continuation of it for 2 years and beyond.

The “take-home message” is that Breastfeeding as an option should be considered in all lactating mothers to provide nutrition to the infant as well as to extend the benefits of reduced cancer risk and reduced postpartum depression to the mother.