Clinical Director And Head Of The Oncoplastic Breast Unit

Adnexal carcinomas represent only 1%-2% of all skin cancers. Most of the adnexal skin carcinomas are highly malignant and are difficult to diagnose clinically or even histologically. We present the first reported case of syringocystadenocarcinoma papilliferum(SCACP) in the breast, which had infiltrated to the entire left breast. In this case, we performed a modified radical mastectomy with wide skin excision. 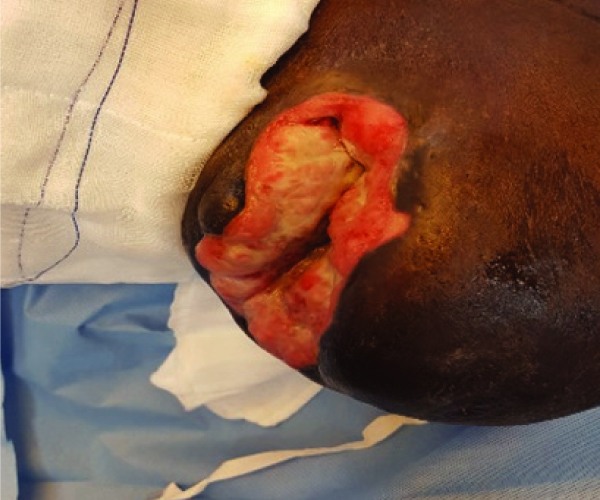 A 37-year-old woman presented to the hospital with an ulcerated mass in the left breast for the past 3 years (see Fig. 1.1). The mass was painful with a foul-smelling discharge. The condition had been diagnosed as a breast abscess for a long time; for which she received multiple courses of antibiotics as part of treatment.

The patient was a premenopausal woman with two children. Her menstrual cycle was irregular. There was no reported personal history of diabetes, hypertension, benign breast disease, hypothyroidism or surgery. Also, there was no significant family history. 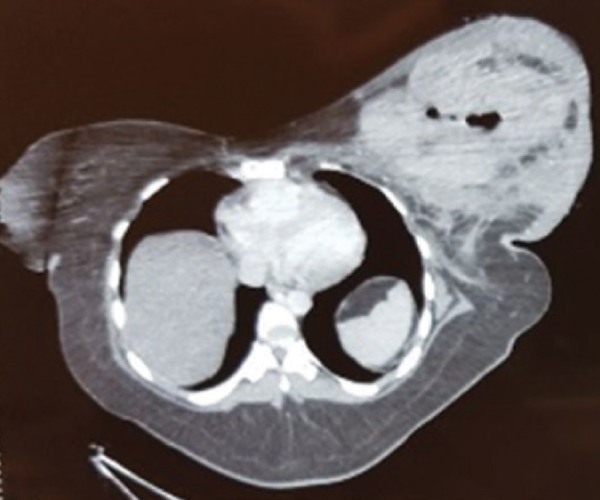 The patient was diagnosed as a rare case of syringocystadenocarcinoma papilliferum — infiltrating the entire left breast. 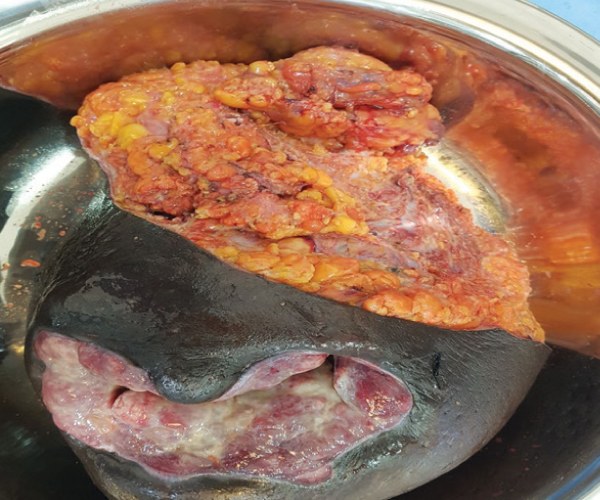 Because of the massive involvement of the breast and significantly enlarged lymph nodes, the patient underwent a modified radical mastectomy with wide excision of the skin (see Fig. 1.3). Overall, 33 nodes not involved with cancer were also removed. The post-operative period was uneventful and no complications have been reported so far.

Melanomas account for 4%-7% of skin cancers, while the remaining 93%-96% are non-melanomas. Adnexal tumors, which are derived from sweat glands, sebaceous glands, and hair follicles, represent 1%-2% of all skin tumors.1 Most of the skin adnexal tumors are benign and curative with local complete surgical excision. On the contrary, their malignant counterparts are rare, locally aggressive, with the potential for nodal involvement and distant metastasis. Thus, detecting the malignancy in skin adnexal tumors is critical for therapeutic and prognostic purposes.

Surgery is the preferred treatment modality for malignant adnexal tumor cases. In this case, a modified radical mastectomy with wide skin excision was performed to remove all of the tumors.

We presented a rare, mammary tissue involvement of a rare clinical entity, syringocystadenocarcinoma papilliferum(SCACP). This case emphasizes the need for a careful and broad spectrum of differential diagnosis in a patient presenting with mammary lesions to arrive at an accurate diagnosis and achieve optimal treatment outcomes.