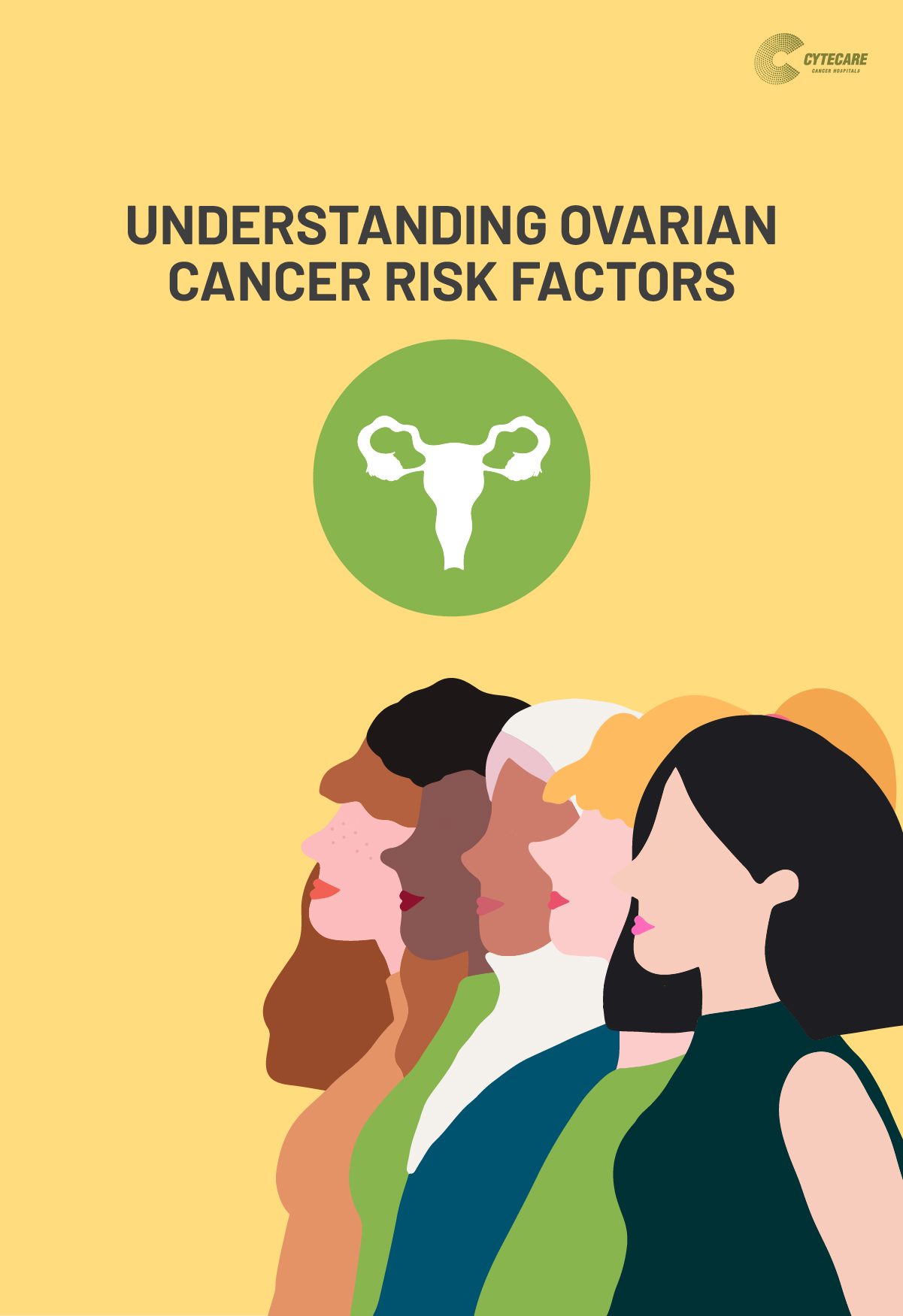 Recently, one of the world’s largest healthcare group Johnson & Johnson was ordered to pay US$110million to Ms. Lois Slemp from the US state of Virginia, who claimed she had developed ovarian cancer after 40 years of using J & J talcum powder (especially the baby powder and shower to shower products) as feminine hygiene product. This lawsuit caused fear among many women as they trusted and liberally used these products for their personal use as well as for their babies.

Ovaries are a pair of endocrine organs, situated on either side of the uterus.  Their primary function is to store ovum (egg) as well as produce hormones- estrogen and progesterone including a minute quantity of testosterone. Majority of the ovarian cancers are those that arise from the epithelium or outer layer of the ovary. However, some cancers can also begin in the fallopian tube or the peritoneum and then spread to the ovaries.

Ovarian Cancer is the seventh most common cancer worldwide and can affect any woman. The age-specific incidence rate increases after age 35 and peaks between ages 55 to 64 years. The survival rate ranges between 30-50% cumulatively for all stages. However, early detection of the disease can improve the survival rate to 85%. According to the national cancer institute, ovarian cancer when diagnosed early can have a survival rate as high as 94%.

Currently, there are no standard screening tests or guidelines available for mass screening and detection of ovarian cancer in a healthy population. The diagnostic relevance of transvaginal ultrasonography and serum cancer antigen CA-125 continues to remain debatable. Known as the silent killer, ovarian cancer is often asymptomatic. In some cases, women may attribute the symptoms to pre-menstrual syndrome, a urinary tract infection or an irritable bowel. However, if the symptoms continue to manifest or worsen, it is time to see a gynaecologist for an evaluation.

Like the talcum powder lawsuit, there is a need to understand the mechanisms or relationship between ovarian cancer and factors or conditions that are closest and most intimate to a women’s personal health such as parity, oral contraceptive usage, fertility treatments and ovarian cysts.

The pill, parity & the cancer relationship

The protective effect of OC remains consistent across age, parity, menopausal status and family history of breast or ovarian cancer. The OC protection from ovarian cancer persists for a long time even after stopping its usage. Ironically, however, long-term use of contraceptives is known to significantly affect the risk of liver cancer, breast and cervical cancer in women.

Studies show that the risk of ovarian cancer from oral contraceptive usage decreases after cessation >10 years. There may be other unidentified patient-specific factors that may also contribute towards cancer risk; nevertheless, information about the use of oral or injectable contraceptives with respect to cancer risk can help women make informed decisions about their choice of contraceptive methods. Thus giving women the power of choice with regard to their health.

WHO defines infertility as “a disease of the reproductive system defined by a failure to achieve a clinical pregnancy after 12 months or more of regular unprotected intercourse”. Female infertility contributes to 50% of all infertility cases. The most common female infertility includes problems with ovulation among the other contributors such as damage to fallopian tubes, uterus or cervical issues. Stimulation of ovulation is one of the forms of treating infertility. The association of ovarian cancer with the use of ovulation-inducing drugs is still a clinical debate.
A multitude of studies is being conducted to understand this relationship. A 1992 study involving a cumulative analysis of 12 US case-control studies revealed that women who received ovulation-inducing drugs had an approximately three-fold higher incidence of invasive ovarian carcinoma.

In another study involving 9, 825 women it was observed that women who used Clomiphene citrate and remained nulli-gravid demonstrated a higher risk for ovarian cancer than those who successfully conceived compared to non-users of the drugs. Conversely, other studies indicate no significant association between ovulation-inducing drugs and ovarian cancer. Incessant ovulation and excessive gonadotropin secretion have been long considered to play a major role in the development of ovarian carcinoma. Fertility drugs such as clomiphene citrate or gonadotropins that stimulate ovulation could possibly be a risk factor. However, the majority of literature data with new theories on ovarian carcinogenesis seem to not consider the relevant impact of these drugs on the risks of ovarian tumors risk factors (high grade invasive epithelial ovarian cancer).

An ovarian cyst is a fluid-filled sac that may develop on one or both ovaries. Most women in their childbearing years may have one or more painless ovarian cysts.  They rarely cause any issues. There are various types of cysts, however functional cysts are the most common types of cysts. Some women with a condition called polycystic ovarian syndrome may have a large number of cysts. They may cause an ovary to get enlarged and if left untreated can cause fertility issues. Ovarian cysts that cause severe pain, nausea or vomiting or cysts that rupture or cause ovarian torsion may need to be treated immediately.  Benign ovarian cysts do not become cancerous. However ovarian cancer symptoms can mimic symptoms of an ovarian cyst. Therefore, it is important to get a cyst diagnosed as well as monitor if needed.

Some women may be put on contraceptives to regulate ovulation. In some cases, large ovarian cysts >5cm causing pain or discomfort may need to be surgically removed.  Having an ovarian cyst does not increase the risk of ovarian cancer.

Understanding ovarian cancer need not be triggered by an incident like the Talcum powder lawsuit. Women need to be aware of their bodies, take clues of small changes and seek help when they notice something is not normal. Other factors such as obesity and smoking are also known risk factors to cancer. Therefore leading an active lifestyle with a well-balanced anti-inflammatory diet is equally important in fighting cancer.

To answer the question – Does talcum powder cause ovarian cancer? Though several studies have associated the use of genital talc with ovarian cancer, it still remains inconclusive if the talc actually causes the disease. Talcum powder is talc made of magnesium, silicon and oxygen. Some talc may also include asbestos which is a known carcinogen. It is speculated that the content may trigger inflammation thereby playing a key role in triggering cancer. While the answers are not yet definite, it is a worthy sign that women have begun to question, seek answers and understand more about how their body functions and how they can minimize cancer risks.