What is Uterine or Endometrial Cancer? 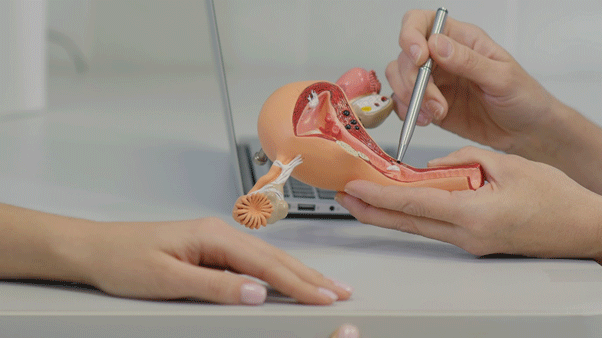 Uterine cancer is the most common cancer of a woman reproductive system which begins when healthy cells in the uterus change and grow out of control forming a tumor. It can be benign or malignant.

Noncancerous (benign) conditions of the uterus include:

What are uterine cancer symptoms?

Sometimes women with uterine cancer do not have any, but some women may experience symptoms such as: 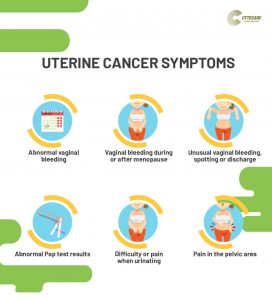 How Is Endometrial Cancer Diagnosis Done?

Common endometrial cancers are detected in their early stage only.

The following tests are done to diagnose uterine cancer:

If a person is diagnosed with cancer then further tests are done to categorize the stage of cancer.

What are the Stages of Uterus Cancer?

A doctor using the FIGO system assigns the stage of endometrial cancer.

How is uterine cancer treatment done?

Uterine cancer is treated by one or a combination of treatments such as laparoscopic surgery, radiation therapy, chemotherapy, and hormone therapy. 10-15% of patients may need adjuvant radiotherapy, and or radiotherapy with chemotherapy depending on tumor risk factors.

Surgery: It is the procedure in which the tumor and surrounding tissue are removed during an operation.

More than 80% of cases of endometrial cancer are cured by surgery alone. The doctor will advise you to stay at the hospital for 3-5 days depending on your health.