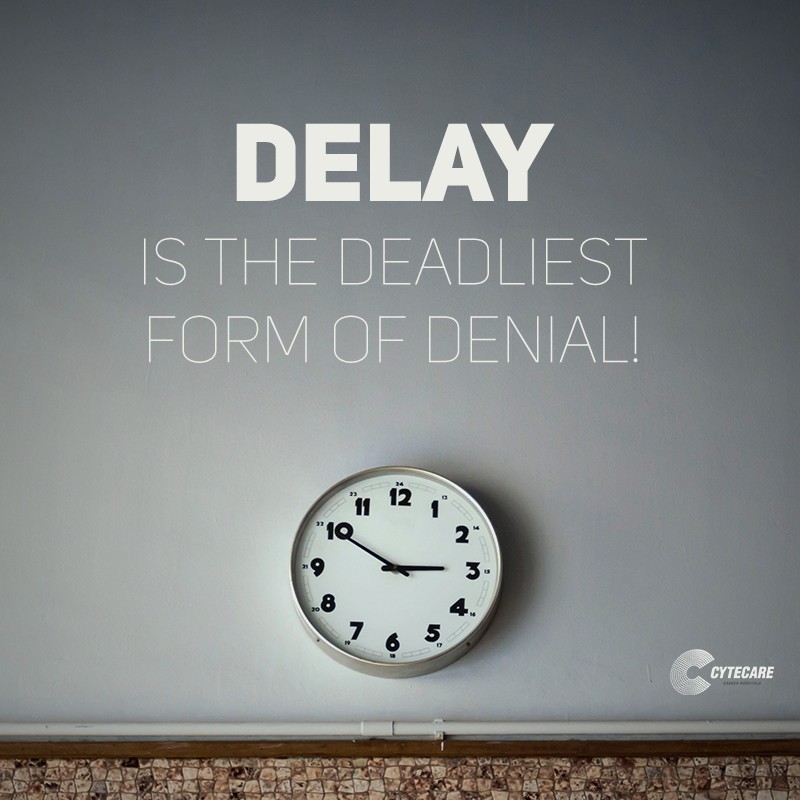 Mr HN walked into a restaurant for his wife’s birthday luncheon. He ordered her favorite meal, sipped some iced tea on a hot afternoon and took her for a long drive humming her favorite song and cracking up once in a while with silly jokes. One may wonder, what is so extraordinary about this? Simple acts of being able to chew, swallow, sip some tea, singing or conversing with our loved ones, are taken for granted by many of us. But for Mr. HN this was a blessing and he was glad he could lead a normal life.

Just a year and a half ago, he had endured surgery that resulted in the removal of a small portion of his tongue after an oral cancer diagnosis. He is thankful he hasn’t lost it all. Thanks to his wife who had coaxed him to seek early help. Things could have been different for this middle-aged gentleman if he had delayed intervention for his oral cancer.

Not only would the cost of advanced-stage oral cancer treatment be heavy on his pockets, but he would also have risked living with severe morbidity, a possible disfigurement, poor outcome and a prognosis. 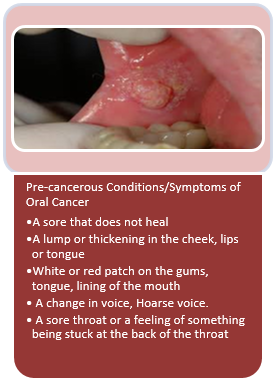 What is oral cancer?

Oral Cancer is defined as malignancy involving the mouth, palate, gingiva, cheeks, lips and tongue and is among the top three cancers in India. The major risk factor for oral cancer includes severe alcohol usage, tobacco chewing or in the form of smoke (cigarettes), and Human papillomavirus (HPV).

Can oral cancer be prevented with controlled lifestyle/choices?

Yes, oral cancer can be prevented by regulating one’s lifestyle choices. The common type of oral cancer includes tongue cancer and the common site is the buccal mucosa and gingiva.

The incidence of oral cancer in people who smoke or chew tobacco is 8.5 times more than in those who do not have this habit. In spite of widespread awareness campaigns and statutory warnings, it has been observed that about 57%   of men and about 11% women between the ages of 15 to 49 years of age, use some or the other form of tobacco. Sadly tobacco constitutes about 90% of oral cancer cases.

Therefore it will not be a false claim to say that oral cancer prevention can be easily done if such lifestyle choices or habits are controlled.

Why is early detection of oral cancer important?

Early detection of oral cancer is crucial as it increases the scope for successful treatment. A delay in the detection of oral cancer will consecutively cause the cancer cells to spread in the adjacent areas of the affected region, thus increasing morbidity. Also, in the absence of early detection and simultaneous treatment, the patient’s cancer-related disability increases, thus lessening the survival chances as well.

The aim to promote early detection is to reduce the fatalities from the later stage diagnosis. It has been observed that the 5-year survival rate increases when the cancer is detected at an early stage I or II, as compared to the more advanced stage III and IV cancer tumours.

Detection of oral cancer at an early stage is the most effective means to improve survival and reduce morbidity and disfigurement. More than half of oral cancer patients are diagnosed when presented with advanced lesions. Many are unaware that early diagnosis is key to improved survival, reduced morbidity, disfigurement, duration of hospital stay as well as the overall cost of treatment.

Barriers to seeking help at the right time:

One study calculated that the misattribution of symptoms accounted for about 60% of the total time to diagnose. Patients often ignore symptoms and do not seek action, till a critical event has occurred or has begun to affect their day-to-day life.

There is also a larger belief in the general population that one should try to cope with symptoms themselves, prior to seeking help. The time taken for self-care of symptoms acts as one of the major barriers to seeking help and time lost in early intervention.

Though it may seem irrational, trivial reasons and patients’ perceived problems such as the distance needed to travel to a doctor, the cost of consultation etc are also some of the factors influencing the delay in seeking help. For some, other life circumstances or priorities such as childcare, work commitments, existing comorbidity, etc may seem more important than their oral symptoms.

A UK study observed that about 30% of patients delay seeking help for more than 3 months following the self-discovery of oral cancer symptoms. It is likely that this percentage could be higher for India, with the main barrier to delay being the understanding of symptoms.

Eventually triggers such as coaxing from a friend or family, change in symptoms or worsening of symptoms, persistent symptoms, the need to relieve pain or discomfort, need to resolve uncertainty, interference of symptoms in their daily life, unpleasant symptoms, etc help a patient to seek help for diagnosis and intervention.

Sometimes the delay in diagnosis can also be attributed to the clinician and includes factors such as low familiarity with the disease, greater attention to existing comorbidity than investigating the nature of the lesion or attributing it to cancer, and lack of oral cancer knowledge that delays timely referrals and thereby treatment.

The consequence of delay in seeking intervention:

When early diagnosis or intervention is delayed, oral cancer is likely to progress. Oral cancer treatment in advanced stages is a challenge in many aspects.  It involves a complex surgical procedure not only involving excision of the tumor, but also reconstruction. Advanced stage oral cancer also affects survival and quality of life. Diagnosis of larger oral carcinoma is associated with a higher risk of nodal metastasis and poor survival.

Oral cancer continues to be a major public health concern. The incidence has slowly increased over the years in both sexes. Early detection and prevention are pivotal to decrease this disease burden in India. If patients are well aware of the risks of oral cancer, and are educated about self-examination of the oral cavity and maintaining oral hygiene, chances are that many lesions may possibly be detected in the pre-cancerous stage and treated as necessary.

Although there are no standard guidelines or tests available globally for oral cancer screening, based on the high incidence of this disease and population of India, it is considered a best practice to go for an annual oral screening to a dentist or a physician if one is a high-risk individual (those with long term use of alcohol, practice of chewing betel quid, tobacco, gutka, etc).

Early detection of oral cancer has a better prognosis as well as a reduced cost of treatment when compared to advanced-stage cancer. Although primary prevention through mass screening has challenges, secondary prevention that involves early detection of invasive carcinoma and precursor lesions is possible if a patient seeks help at the right time.

Today, advancements in various techniques, imaging and use of molecular markers have resulted in precision diagnosis and staging.  It is needless to say that the presence of facilities such as advanced imaging, experience tumor-site specific oncologist with clinical experience in treating oral cancer treatment and accurate staging can play a role in the improved outcome, long term survival and quality of life.

Interventions aimed at reducing patient delay require a concerted effort to understand the influences of help-seeking behavior. Patients do not have to live in fear of possible disfigurement or the possibility of losing social life. Advancements in reconstructive surgery and minimally invasive surgery have made significant progress in the area of how head and neck cancer surgeries are performed.

Many patients with advanced cancer are now able to go back to leading a normal social life through oral reconstructive surgery and rehabilitation.