Cancer Prevention Begins At Your Plate 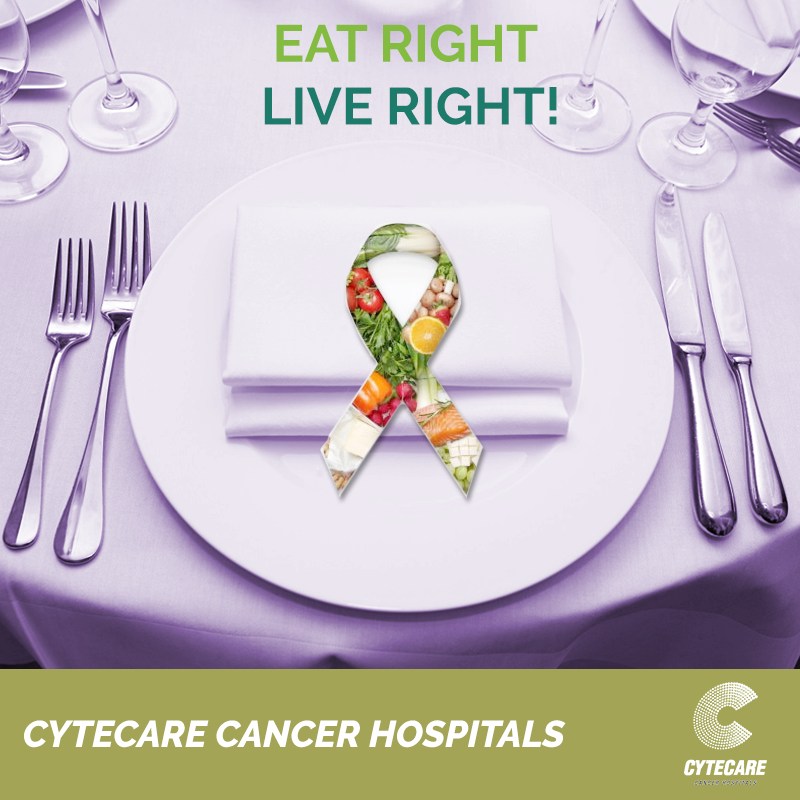 Cancer prevention begins at your plate

“Being healthy” can be described in many ways. Some believe it is about how young one appears from the outside, for some, it is about the ability to endure the most physically difficult tasks with minimum efforts and for others, it may just be proportional to their biological age. While there are no right or wrong ways to describe being healthy, the one definition that seems most apt is that being healthy means the quickest possible time in which our body or cells are able to repair and rejuvenate.  If this property of a cell fails or is disrupted, our immune shield and the cell’s natural ability to repair fails, resulting in a sequence of chaotic molecular events resulting in Cancer.

Surprisingly, most of the help necessary for cancer prevention and to fight against it comes from the diet we consume, both in terms of quality and quantity.  Nutrition is a key determinant of health and an important element of cancer risk.

It is estimated that about 30- 40% of cancers can be prevented by dietary and lifestyle measures alone.  The cost of cancer prevention is far less and effortless when compared to the cost of cancer treatment and care. While it is important to understand what a healthy diet is, understanding and eliminating foods that are toxic and damaging to the cells is a pre-requisite. It is not only the quality of food but also the quantity of food consumed that plays a vital role in Cancer. It is now known that obesity accounts for about 14% of all cancer deaths in men and 20% in women. Eating less, but nutritionally sufficient to maintain normal body weight has a protective function against cancer.

Epidemiological studies have established a relationship between consuming a diet rich in plant-based products such as fruits, vegetables, whole grains, legumes, etc to a decreased risk of developing various types of cancer. Studies have indicated that by increasing the amount of plant-based food in the diet, as many as 75% of colorectal cancers can be prevented. A plant-based diet has a chemo-preventive property, which means plant-based molecules are known to interfere with the development of certain types of cancer.

Know which cancer foods to avoid from your plate:

Say NO to refined food products: refined sugar is known to have a high glycemic index. Similarly refined flour, which is stripped off of its essential bran and wheat germ has 78% less fibre and 74% less vitamin B and 68% fewer minerals. It is also high in glycemic index.

Studies have indicated a relationship between foods high in glycemic index with cancers of gastro intestine, endometrium and ovaries; Sugar is known to cause a surge in insulin, which is a growth factor able to influence the growth of cancers.

Red Meat: There is a strong relationship between red meat, processed meat and colon and colorectal cancers.
The heterocyclic amines that are formed when cooking meat has also been correlated with breast cancer.

Nutrition and foods to prevent cancer

There is no dispute in the fact that fruits and vegetables provide vital protection against several diseases, including cancer. Many research data proves the benefits of including vegetables and fruit in our daily diet. It is estimated that increasing the Allium vegetables such as garlic, onion, leeks and scallions are protective for stomach and colorectal cancer and prostate cancer or more servings of cruciferous vegetables such as broccoli, cauliflower, cabbage, etc. is associated with lowering the risk of non-Hodgkin’s lymphoma by 33% and the risk of bladder cancer by 55%.

Selenium is an important mineral for many physiological functions. Sources of selenium
such as Brazil nuts, nutritional yeast, sunflower seeds, etc are a good source of selenium. Studies suggest that diet rich in selenium has a protective effect on prostate cancer.

Green Leafy vegetables that are intense in chlorophyll have a remarkable property to bind to polycyclic aromatic hydrocarbons (such as the carcinogens from the combustion of fuels), aflatoxins (fungal toxins) and amines (from barbequed food). Once the chlorophyll binds, this complex cannot be absorbed by the body and most often excreted. Hence including them in our daily diet can help cleanse our systems of the toxic hydrocarbons in our body.

omega 3-fatty acids (DHA and EPA), Flaxseed oil and DHA from seaweeds, seafood, fish oil, etc are known to have a protective function against breast cancer.

Vitamins are known to aid in specific metabolic functions and protect the body against many conditions including cancer. Vitamins may be water or fat-soluble. Among all the vitamins, Vitamin B12 and Vitamin D seem to be discussed largely in the context of Cancer. In a prospective study, lower levels of B12 were associated with breast cancer. It is needless to say that maintaining a normal balance of vitamin reservoir in the body, especially vitamin D and B12 may be the soldiers that help guard the cells against cellular damage.

These are helpful in stopping cell damage caused due to oxidation from free radicals. Antioxidants occur naturally in plant-based foods such as fruits and vegetables.

Some of the antioxidants include-

Lycopene: found in tomatoes, is more available in cooked tomatoes than raw tomatoes. Studies have indicated that the role of lycopene in reducing the risk of prostate cancer. Frequent tomato intake has shown to decrease prostate cancer risk by 30-40%

Carotenoids: Carrots, pumpkins and squash are a rich source of carotenoids. Dietary carotenoid intake is known to have a protective function.

Vitamin C: At very high doses, Vitamin C (ascorbic acid) is toxic to cancer cells. Intravenous use of vitamin C for cancer therapy has also been explored as an adjuvant therapy to treat cancer.

Probiotics: It is known that beneficial bacteria in the gut are extremely useful in not only maintaining a healthy gut but also renders immunity against pathogens, helps produce useful enzymes etc. Gut health is directly proportional to the diet we consume. Foods rich in fibre promote the growth of beneficial bacteria. Studies indicate that probiotic bacteria are known to reduce the levels of pro-carcinogenic enzymes such as nitro-reductases and azo-reductase. In simple words, probiotics are helpful in creating an acidic pH in the lower colon, thereby reducing the risk of colon cancer.

How does food really influence cancer? – The mechanism of action

It has been observed that nutrition has a role in epigenetic influence. Epigenetic influences cause genetic changes in the DNA, which can be potentially reversed. Epigenetic changes take place in the form of DNA methylation or histone modifications. It is observed that nutrition in the form of bio-active compounds in the food is known to have anti-cancer properties. Bioactive molecules in food such as folic-acid, phytophenoics, retinoids, etc can regulate DNA methylation. Several studies on curcumin, found in turmeric has of anti-inflammatory properties, inflammation being a key pathway in cancer.

The relationship of food with cancer is quite complex and works in two ways. While there are some foods that are carcinogenic in nature, there are also foods that are immuno-protective and anti-cancerous in nature. Studies, especially in animal models have demonstrated the epigenetic influence of food on the genetics of cancer.

A complete understanding of the nature of the influence of food on cancer will allow healthcare providers to apply these principles towards not only cancer prevention but may be able to apply it as part of the treatment to improve prognosis in cancer patients going forward.

Healthy nutrition should be promoted along with an active lifestyle in all age groups. Targeted educative programs including schools, dieticians, clinicians, chefs, parent groups, voluntary organizations and NGO working in the field of nutrition and health must all be involved for creating awareness on the right nutrition. Every follow-up with a cancer patient too should include nutritional counselling and education with an aim to avoid cancer recurrence or secondary cancer.

Yes! The fight against cancer is possible with forks. 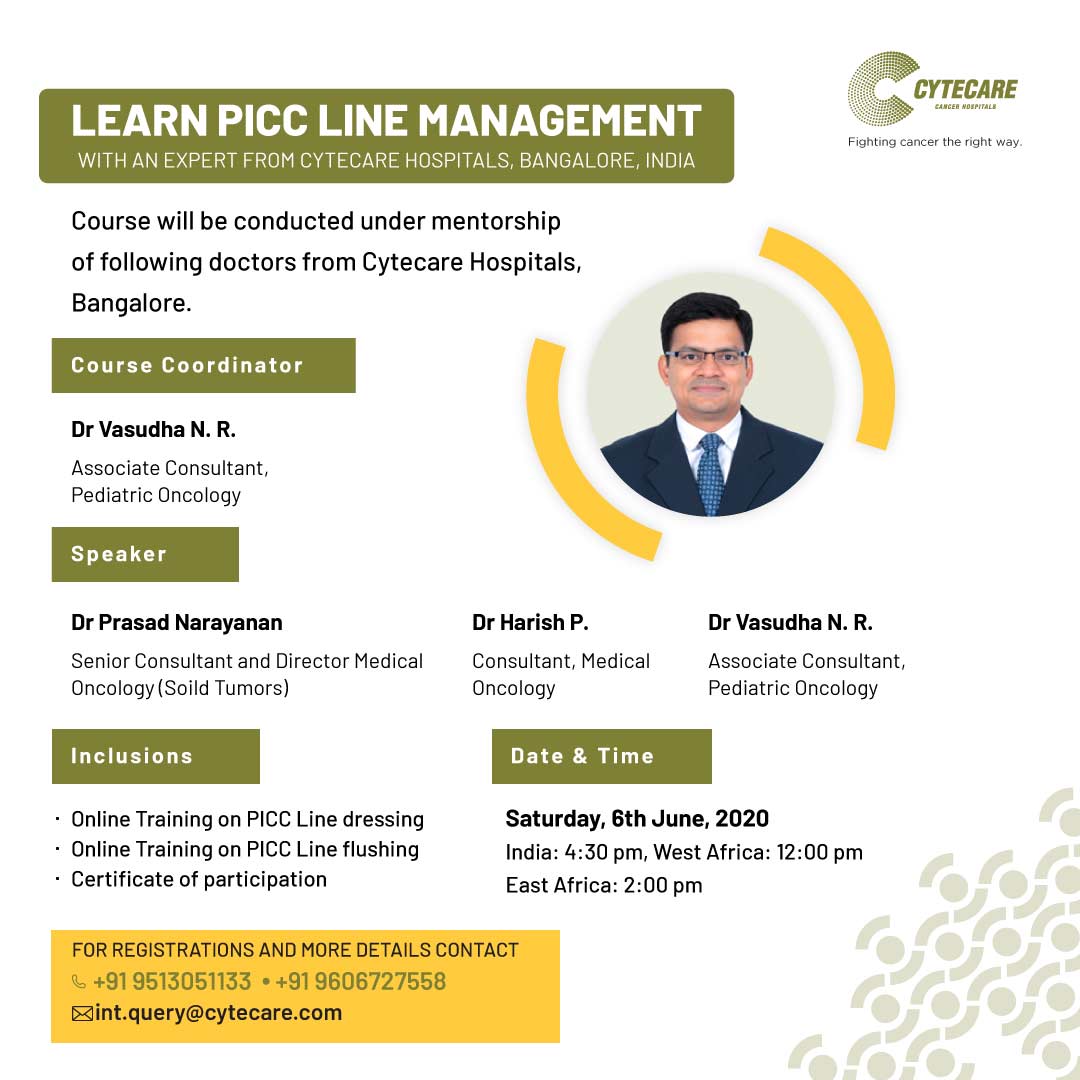 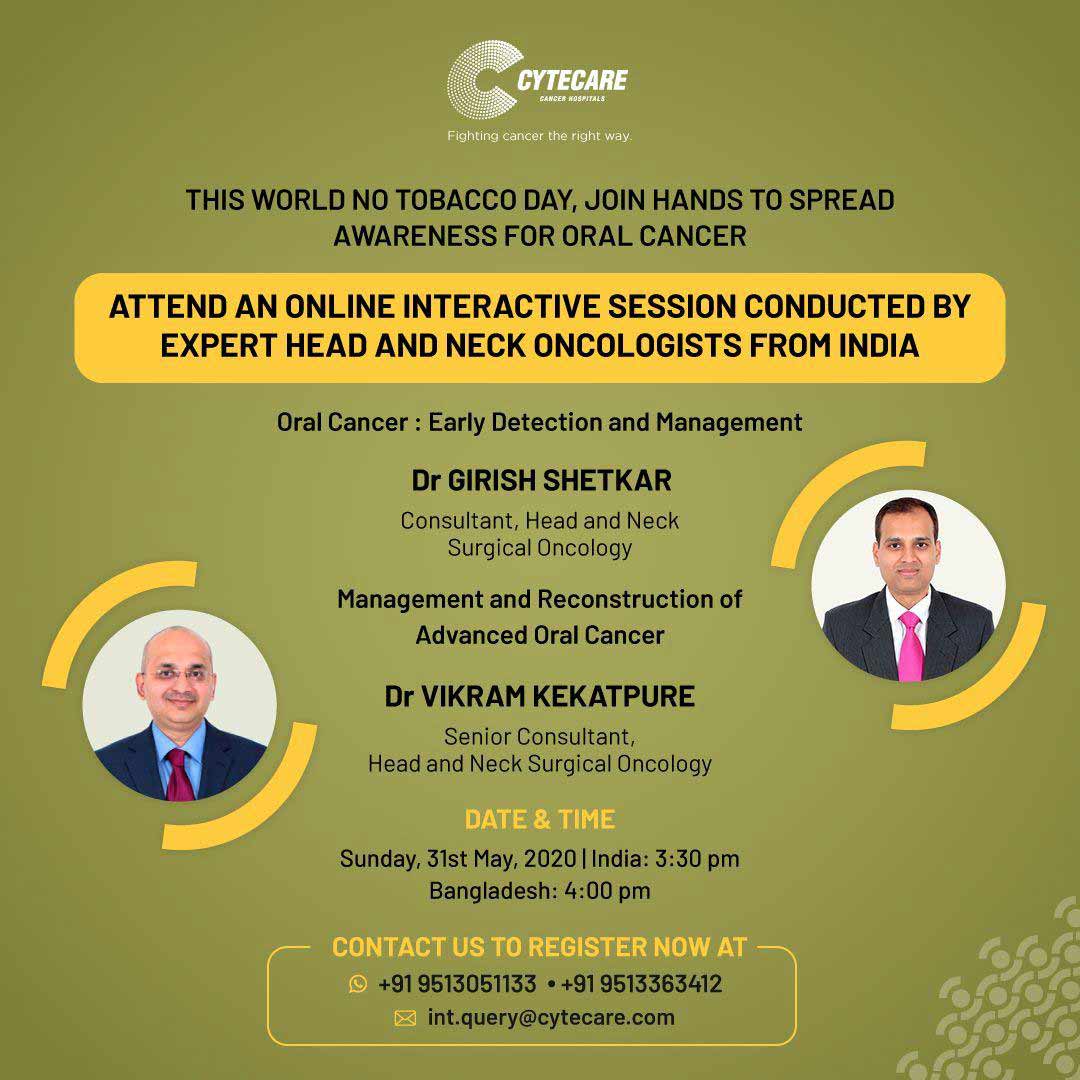 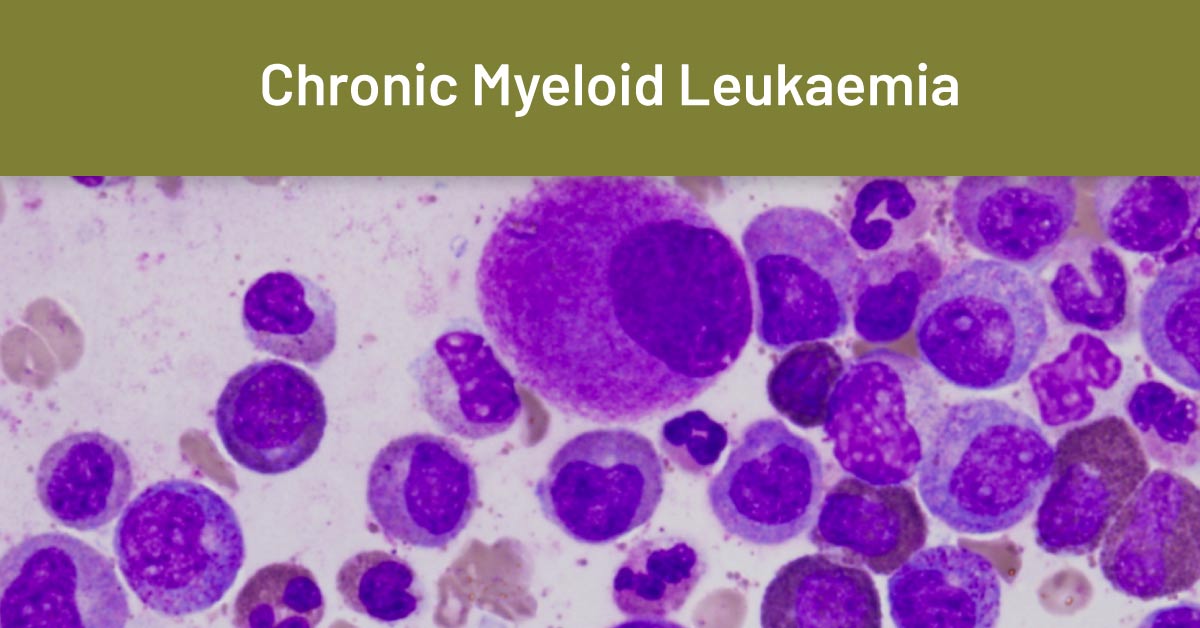 Dr. Hari Menon on What A Patient Needs to Know About Chronic Myeloid Leukemia